Get up to a $500 VISA Gift Card* when you purchase and install a new Mitsubishi Electric Ductless Air Conditioning system.
And take advantage of great state rebates and financing!
Summer’s coming, ACT NOW!

*The following is a transcription of the video.

Hope you’ve been out there enjoying some of the sunshine. We’re getting excited for the summer season and wanted to touch base on a special offer that Mitsubishi Electric is doing right now now through May 15th.

If you install a Mitsubishi Electric ductless system or heat pump system with us, it’s up to a $500 kickback in the form of a Visa gift card, and in addition to the Mitsubishi Spring program that runs through May 15th, there’s also some rebates in both New Hampshire and Maine, where the utility companies actually give kickback money back to the homeowner and we try to make that process as efficient as possible for you guys as our customers since you’re sort of unfamiliar with the process and we navigate those waters on a regular basis, we do our best to really help guide you guys through that and make sure that you get all of the kickback money and all of the rebate money that’s out there.

Lastly, I’d like to give a quick plug to my retrofit team right from when you guys call in to make an appointment and try and get pricing on your project right through the sales process and up to project preparation and finally installation. The team has just really streamlined that process from start to finish and it’s really made it easy for customers to do business with us. I think it’s improved the customer experience greatly and a lot of consumers decide that they don’t even really want to get more prices or more quotes after dealing with our team and I’m really proud of that.

So if we can help you this spring feel free to reach out and hopefully we can keep you cool this Summer!

Now offering duct cleaning, dryer vent cleaning and other solutions to improve your indoor air quality! Hear what our President & CEO has to say about the new service in the video below.

“Hey Everyone, it’s Pete with East Coast HVAC. We’ve got an exciting announcement as we ring in 2021, we have started a duct cleaning division at East Coast!

We’re specializing in residential duct work, cleaning out dust, debris, pet dander, you name it, from your duct work. Anyone with a duct system that’s 3-5 or 10 or 20 years old that’s never had their duct cleaned, it’s probably a good idea to have that done sooner than later. We’ve done many test runs on residential homes and I’ve got to tell you, the stuff that’s coming out of this duct work is pretty disgusting. There’s a lot of big dust balls, pet fur, and much more. We’ve invested in a great machine and the training and tools to perform a quality service. I’m excited to roll this out to everybody. So please reach out. You can go on our website and get a little more information there and also learn a little more about these great indoor air quality offerings that we have as well. We’ve got Reme Halo air purifiers, humidification systems, upgraded air filters. Lots of ways to improve the indoor air quality in your houses. Reach out to us and let’s get you scheduled for a duct cleaning in the near future! Thanks!”

Less than a year ago, when a customer would call asking if we offered financing, the general answer was “no.” Although we had participated in some manufacturer’s financing programs, and had even offered some in-house payment options on the rare occasion, we had no way to offer our customers a fair, monthly payment option on large repairs or retrofit installation projects. I must admit that this lack of offering was my fault entirely, based mostly on a limiting belief that financing programs were complicated to administer, and costly to the end consumer. Additionally, our retrofit department had been booming for years, without financing offers – Why start offering our residential HVAC customers financing now?

Enter Synchrony Financial. East Coast and Synchrony originally teamed up through Mitsubishi Electric, at a Diamond Contractor conference in Indianapolis. I loved the idea of offering monthly payments, but shared my hesitation about the process and the associated costs. The Synchrony Team assured me that the process could be simple and streamlined, and that my vendor relationships would significantly reduce the end cost of the financing programs, so I decided to give it another look. After one summer utilizing the program, here are some notes to share:

This summer has taught me a lot about HVAC financing, and has definitely eliminated my previous limiting beliefs. I wish we had started working with Synchrony sooner!

If you’re ready to relieve stress and update your tired heating and HVAC systems, without the substantial costs up front contact us today to get started!

Financing is available. And, now through May 15th, 2020 you can get up to a $500 VISA Gift Card with any Mitsubishi Electric system purchase.
These systems are a great solution for cooling & heating!

East Coast is doing everything we can to help our customers continue with their HVAC needs during the coronavirus pandemic.

Please take a minute to watch this important message.

If you have any questions or concerns, please do not hesitate to contact us.

Thank you for trusting East Coast HVAC to service your home or business through these unpredictable times.

We want to let you know that safety – your safety and that of our employees and communities is always our top priority.

As you know, the information concerning the coronavirus (COVID-19) is rapidly evolving. I am monitoring the situation and we are following all recommendations from the CDC and other government officials.

Here are the steps we’re taking to keep our staff, and customers safe:

For now, we are operating as normal and will continue to communicate with you as this situation evolves. Please feel free to reach out directly to me if you have any specific questions or needs.

Thank you again for trusting us and for your patience. We’ll get through this! 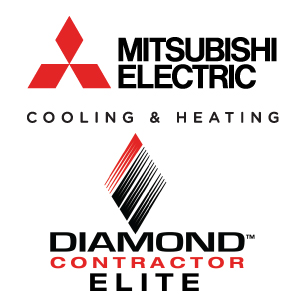